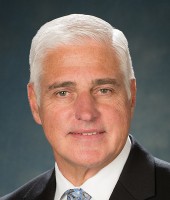 John joined Ohio State in October of 2014 as the chief investment officer and is responsible for the investment management of the $5.2 billion Long Term Investment Pool.

John earned his bachelor's degree and master's of business administration from LaSalle University in Philadelphia, Penn.