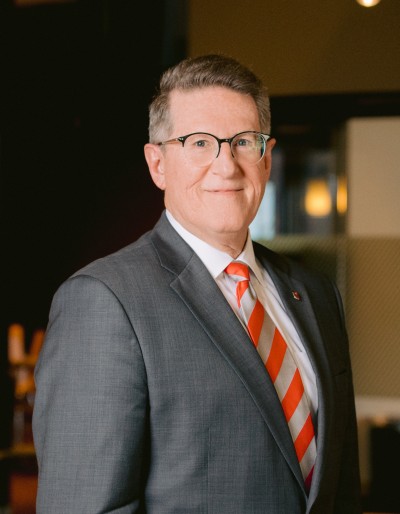 to the ongoing role of vice president of economic and corporate engagement.

“Scott has led the office as it achieved a number of record-setting accomplishments,” Executive Vice President and Provost Bruce A. McPheron and Senior Vice President and CFO Michael Papadakis wrote in announcing Osborne’s appointment.

Supporting Oho State’s outstanding inventors, the CEO licensing team negotiated the three largest deals in the history of the university. The new ventures team celebrated 87 active startups as of March 31, taking the university’s portfolio to an all-time high. In addition, the CEO team engaged with more than 100 faculty and other leaders during a listening tour.

Osborne has experience in research, commercialization and business development. He joined the university in 2013 in the College of Engineering, and had risen to assistant dean for research before joining the Corporate Engagement team. Scott previously was director of business development at BioOhio for six years and held management positions at Battelle and Abbott Laboratories, among other companies.